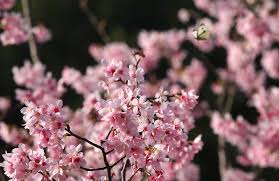 Taiwan lies on the Tropic of Cancer, it passes through the South of Hualien, North of Kaohsiung through Yu Shan to Nantou County and Chiayi.  It divides Taiwan to the North which has the subtropical climate and South of Taiwan is the marine tropical climate.

The Four Season in Taiwan
Spring in Taiwan (February to April)
This is the season of cherry blossoms and sometimes still get plum flower (梅花) , is also means the start of the New Year and everything comes alive and it coincides with the "Lunar Chinese New Year" (CNY) holiday which falls early February sometime mid-Februar, it all depend on the Lunar Calendar.
CNY is a public holiday in Taiwan, we get 3 days, 5 days, 7 days or 9 days holidays, including Saturday and Sunday, but 9 days should be the longest off days so far.

In the South
The temperature for this season is about 23 degree to 30 degree centigrade.  Also get rain during this time  but is a little lesser than the north. 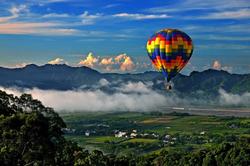 Summer in Taiwan (May to July)
Summer is real hot everywhere except in the mountain area.
In Taiwan there is a special period in between mid-May to mid-June, known as "Plum Rain" the East Asian Rainy Season.  It is warm and humid with aftrnoon thnderstorms, the effect of this season starts the formation of mold and rot not only on food but on fabrics as well.
When rains pour during this time it may cause mudslides and flooding too.  Southern part has more rainfall than in the north.  But weather is not easy to predict, sometime this "Plum Rain" become "Dry Plum" means you don't get rains at all and it causes problem for farming.

Next Typhoons, it has destructive powers, it will cause heavy rainfall, flash floods destroys building and infrastructure, trees and vegetation, and human and animal life.
We have seen many tourists who have not experienced typhoons often like to get into the scene, we advise not to go near to sea side or go for outdoor activities.
Typhoons happen normally between June to October.

Other than Typhoons, Plum Rain, Fohn or Foehn may happen to Taitung Dawu Township, mostly in mid-May to mid-June, fohn or foehn is a type of dry, warm, down-slop wind that occurs in the lee (downwind side) of a mountain range, it brings a lot of hot wind into Dawu township and the temperature will goes up to as high as 36 to 38 degree centigrade. 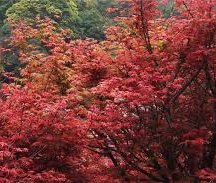 Autumn in Taiwan (August to October)
The hot weather is gradually diminishing and weather gets cooler but still warm and sunny, little rain and cause the dry weather, every year in  early August you get very hot days for a while, then as said it gradually diminishing.
The only area which remais fairly rainy is the easat coasat, Typhoons may still hit Taiwan during period too.

The real cool weather will come sometime late September or early October, the "Autumn Festival" or "Mid-Autumn Festival" where Taiwan people carry lanterns, enjoy their tea with moon cake and some enjoy their BBQ with friends on this full moom nigh, some year the mid-autumn festival may fall on the national day of Taiwan (10th October) .

Temperature in the north is between 22 to 26 degree centigrade and the south at about 2 to 3 degrees higher than the north. 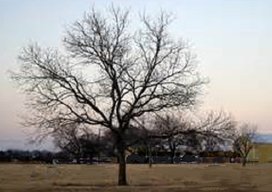 Winter in Taiwan (November to January)
In the North
Winter the north can be really cold and wet and sometimes foggy -  about 8 degree centigrade to 16 degree centigrade with dizzling rains and winds, therfore, is cold, it doesn't mean that winter rainfall increases in fact, the overall amount of rainfall goes down in comparision to the summer months.
It maybe is supring to some of you, sometime it snowed in Taiwan, but of course not in Taipei City, is at the mountian like "HeHuan Shan", XueShan", "YuShan" and other mountains that are at the height of 3,000 meters.

In conclusion, Taiwan has a warm weather all year round, the annual average temperature is at a comfortable 22 degrees Celsius, it seems that Taiwan is always in Spring, is your ideal travel destination.