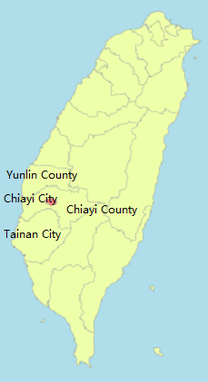 Chiayi City is located on the north side of Chianan Plain, south west of Taiwan Island, surrounded by Chiayi County.

Chiayi City is divided into two districts, East District is the city seat which houses the Chiayi City Government. 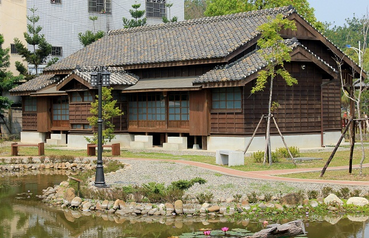 Located at the east district of Chiayi City, this Taiwan's Historical Japanese wooden building village was divided into the north area which is the dormitories for the lower ranking Japanese staffs and the southern dormitories is for the higher raking Japanese Officers, these dormitories are for the forestry service workers during the Japanese occupation.

Now Taiwan government has turn it to a cultural, creativity and recreation park, all dormitories has turn into various shops selling and exhibiting different stuffs.  There are small museums like Kano Story House that has been popular since the movie "Kano" was released.

Come visit this Cypress Village to appreciate the beauty of cypress, enjoy models of traditional Japanese architecture, and this is another option of recreation area aside from Alishan for tourists traveling to Chiayi. 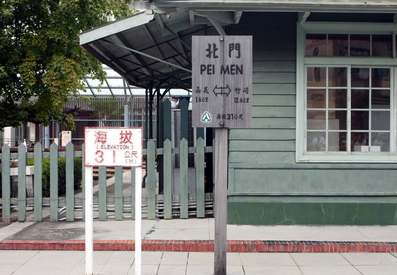 
Not far from Hinoki Village is the start of Alishan railway station - Peimen Railway Station, was built with Formosa Cypress and completed in 1911, a simple and elegant style station, although now has become city's historical sites but still serves the Alishan
line. 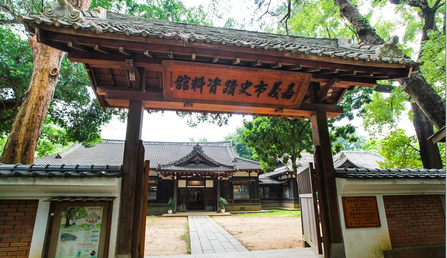 It was known as Kagi Shrine a Shinto shrine during the Japanese occupation, built in 1915 and later in 1943 the other two building was built as annex wings appended to the Chiayi Shintom in October 1998 the two structures were classified as municipal historic landmark and name the Historic Archives Building 'Historical Relic Museum of Chiayi City‘.

Coming to this museum not only is the best place to learn about history of Chiayi, by going round the building you see fine craftsmanship and elegant artistic expression, Japanese style building with Chinese history inside the exhibition hall make it special.